There are two walled gardens at Leverton, the larger east garden being of about two acres, the west garden being about one acre. The walled gardens date back to the early 1800s and appear on maps from that period.  They, and the adjacent potting sheds, went through various stages of development over 120 years or so and Harry Dodson became the Head Gardener in 1947.  As well as supplying the main house at Chilton, hampers full of vegetables were regularly sent up to London by train for the family at their London home.  Harry related that until the outbreak of WWII there were up to 23 gardeners working at Chilton but he had to make do with 13 after the war!  All the wages books and other written material from those golden years have been given to the Royal Horticultural Society for their library.

The team of Col. EJS Ward MVO, MC, Harry Dodson and his under gardeners won many prizes at the RHS in a wide variety of categories between the late 1940s and 1981, including ten Gold Medals.  Harry Dodson retired in 1981 and the Ward family gave him a life tenancy of the two walled gardens, potting sheds and Gardener’s Cottage.  He was subsequently approached by the BBC about making a gardening programme. More can be read about this on the 'The Victorian Kitchen Garden BBC Series' page of this website.  Even after the final programmes (45 in total) had been made, Harry continued to supply various local families with fruit and veg until the early 2000s, by which time he was increasingly infirm. He gave up the east walled garden after the various television series had been made and concentrated his work within the west garden.  The east walled garden was then used for some years by the local farm shop for growing organic vegetables, but the arrangement came to an end when the farm shop was sold in 2003. Sadly, it was no longer economically possible for the Ward family to keep the walled gardens in production.

Between 2003 and 2011, the gardens were kept tidy but were not cultivated.  In 2012, after many unsuccessful attempts to find a sustainable use for the east walled garden, the Estate was approached by a local Hungerford florist. The owner wanted to start growing cut flowers locally rather than importing them from Holland. The Estate was only too happy to let them take on the east garden. For personal reasons, the owners of the florist shop had to give up the walled garden in 2016, but their successor has continued to improve the east walled garden, which now supplies fruit, vegetables and cut flowers to Chilton Lodge and a number of local florists. 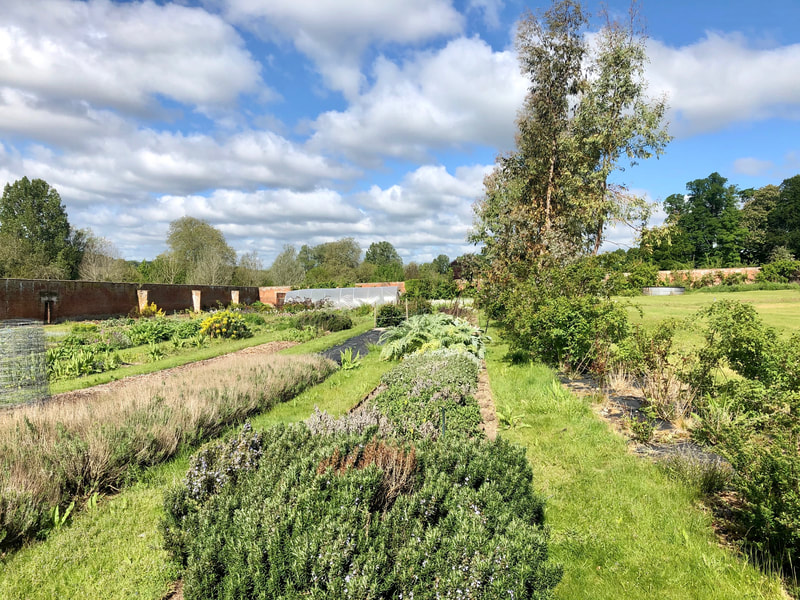 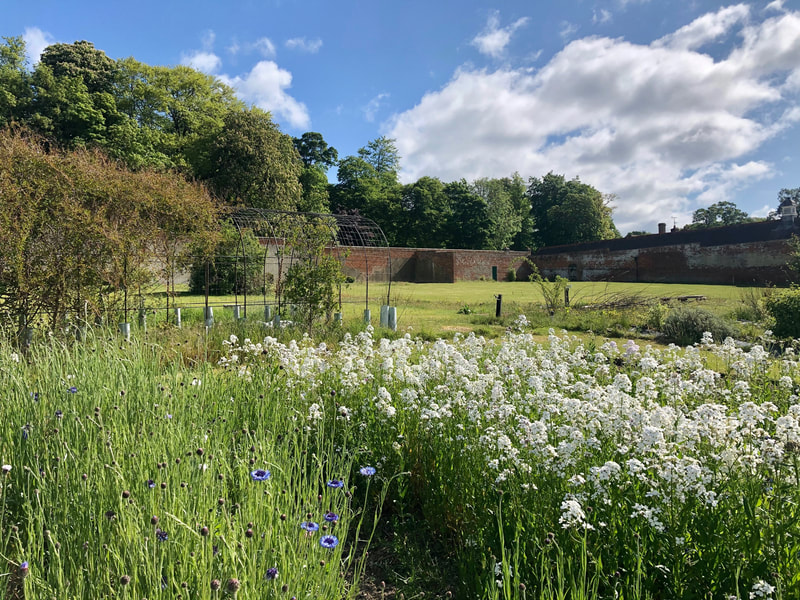 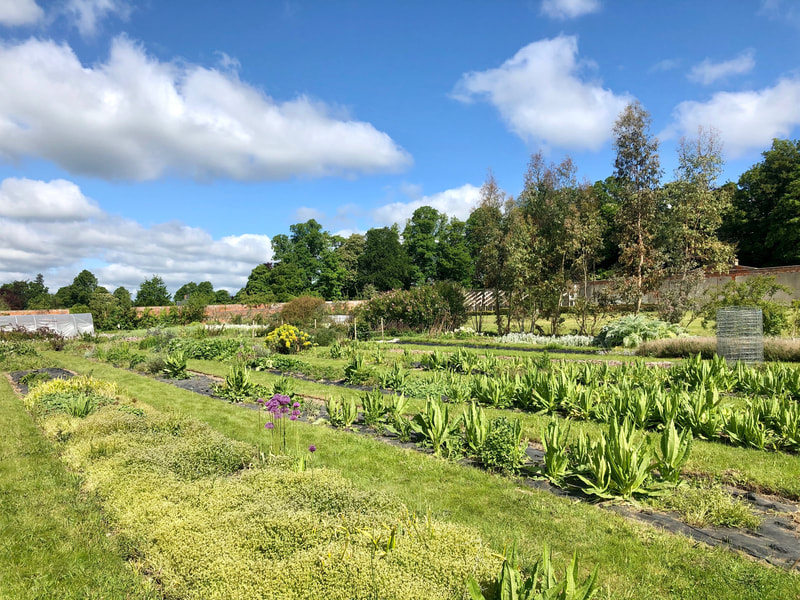 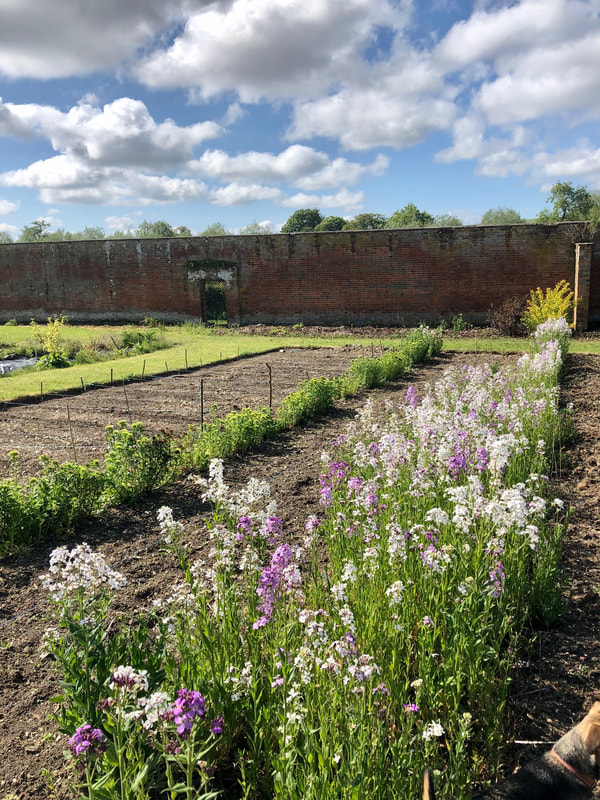 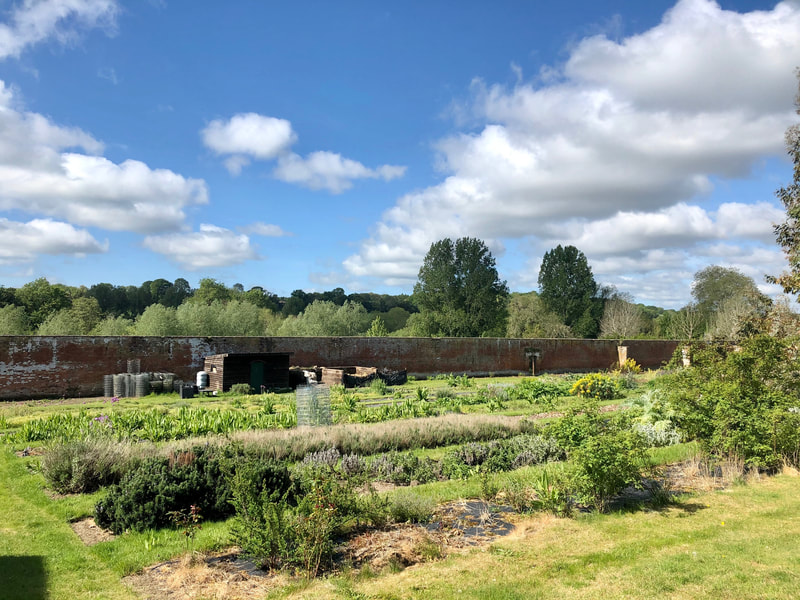 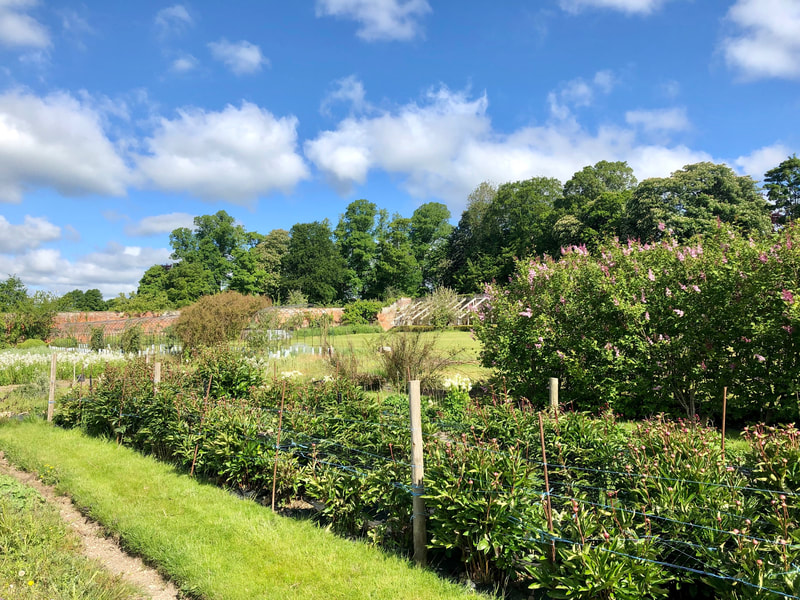